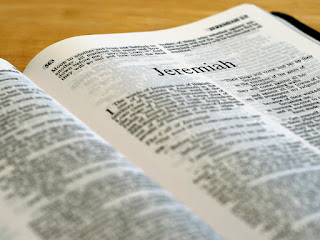 Last chapters. Last words. At first, I'm not entirely impressed.
I mean, the ending is usually supposed to be the most climatic, the most powerful…

But then I see it… A thread of thoroughness.

My God is thorough. He leaves nothing uncompleted.

With painstaking thoroughness He eradicates sin. He completes His judgments.
Those found with sin are consumed with the sin itself, yet in the end, He is always fair, always just.

And if we are willing to be separated from the sin, thoroughness works in our favor.
Because my God will be just as thorough in perfecting my character as He is in eradicating sin. (Isn't it really the same thing?)